Why Do We Get Hairy Nipples, Is It Normal & How To Get Rid of It

Nipple hair is completely normal. Sometimes it could be a sign of a medical condition, but otherwise, there are many ways to safely remove it if it bothers you. 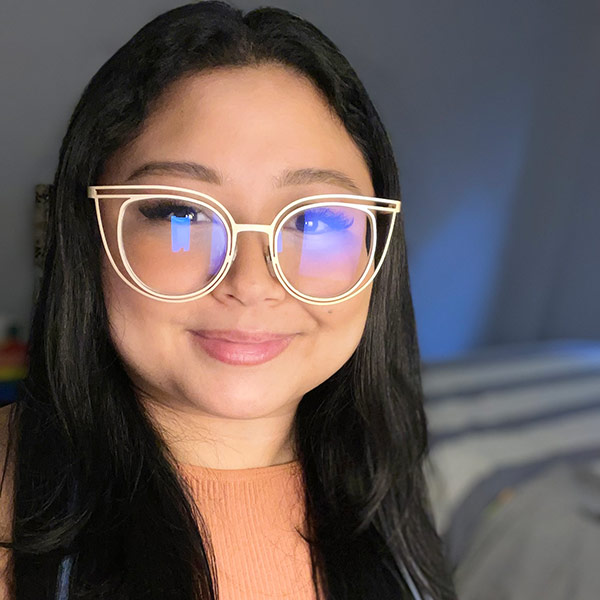 If you’re part of the Hairy Nipple Club, you’re far from alone — although that knowledge may not offer much in the way of consolation the next time you find yourself reaching for the tweezers.

Here’s what you need to know about nipple hair:

Anyone can develop hair around the nipples or areolas (the area of skin that surrounds the nipple) and the amount of hair (or its appearance) may change throughout the course of your life.

Nipple hair may be an annoyance but most of the time, it isn’t a cause for concern and there are many ways to remove it — if you prefer to.

Explore
[Open All]
In this article, we’ll talk about:
What Causes Hairy Nipples

Though hairy nipples are normal — our skin is covered in follicles that produce hair naturally — there are some underlying reasons why they may appear, particularly when their development is sudden.

Nipple hair on your boobs may be caused by:

It’s important to note that not all nipple hair is the result of a medical condition.

As we mentioned earlier, our skin is covered in follicles — more than 5 million of them, in fact — that are capable of producing hair naturally.

The skin on our nipples is no different.

Nipple hair might be so fine and pale that it’s nearly transparent, or it might be dark in color with a coarse texture.

Additionally, the general appearance of hair on and around the nipples can change over time as a result of the aging process.

That said, if you notice a sudden increase in the amount of hair or a stark difference in its appearance, it may be due to a more systemic health issue that warrants investigation.

Testosterone is a “male” hormone that’s produced in the gonads (testes or ovaries) and increases sex drive (libido).

In men, it is also related to the production of sperm and red blood cells, and helps muscles and bones to remain strong.

Too much testosterone, however, can lead to a hormonal imbalance that results in abnormal (and increased) body hair growth.

Overproduction of testosterone is commonly associated with polycystic ovary syndrome, which we’ll talk about next.

PCOS is a condition that, although its cause is not known, results in hormonal imbalances — specifically the overproduction of androgen (testosterone).

If this occurs, so too can hirsutism — an overgrowth of body hair, including on the chest and nipples.

Some medications have side effects that could cause excessive hair growth in the nipple area.

If you’re taking any such medications and notice an increase in body hair growth, talk to your doctor.

When the body is exposed to cortisol (a type of glucocorticosteroid known as a “stress hormone”) in excessive amounts for a prolonged period of time, Cushing syndrome may result.

The body produces cortisol naturally — which means that overproduction by the adrenal glands is capable of occurring — but excessive exposure can also result from the overuse of prescribed glucocorticosteroids, as well.

Pregnancy and menopause, although natural, can cause hormonal changes that may lead to excess (or even darkening) hair growth — including on and around the nipples.

Is It Normal To Have Hair On Your Nipples?

There is nothing wrong with you and having nipple hair doesn’t make you a weird human being.

As we mentioned earlier, our skin has more than 5 million follicles across its entire surface — and some of those are naturally found on and around our nipples.

Hair is beautiful but sometimes appears in areas where you least expect it.

[Close]
How To Remove Nipple Hair

How To Get Rid Of Nipple Hair

Whether your nipple hair is so fine you can barely see it or it’s dark in color with a coarse (dare we say pube-like) texture, you may want to remove it.

Especially if its appearance bothers you.

There are several methods for removing nipple hair, based on your preference, needs, and budget.

Editor's Note: When you purchase a product via an affiliate link (*) on our site, we earn a small commission at no extra cost to you. On behalf of our entire team, thank you in advance for your support!

If you spot hair growth around your nipple area, you might prefer to (carefully!) snip them off with a pair of sharp scissors placed at the base of the hair — or as close as possible.

Should I Trim My Nipple Hair?

Tweezing is a fast DIY way to remove nipple hair at the root — however, it isn’t the most ideal method and it can be uncomfortable.

Tweezing may be easiest after a hot shower since your hair follicles and pores will open up in response to the warmth.

This may help to reduce the pain associated with tweezing, as well.

Keep in mind that tweezing increases your chances of getting ingrown hairs if going this route.

Should I Tweeze My Nipple Hair?

Shaving is another quick and painless option to treat hairy nipples — if done carefully.

While taking a hot and steamy shower — grab your favorite shaving cream and a fresh, clean razor.

It’s advisable to hold your skin as taut as possible for a smooth (and injury-free) shave.

Be careful when shaving your nipples, as you can easily nick yourself with the razor, which could lead to infection and ingrown hairs as well.

You might also prefer to use an electric razor, but do so with care — even though the blades aren’t exposed, nicks can still occur.

Should I Shave My Nipple Hair?

Waxing is a common method for removing all kinds of body hair because it pulls it from the root.

When waxing, hair tends to grow back finer and less noticeable over time — especially with frequent waxing.

Although waxing can be done at home, nipple hair may be best removed by a professional esthetician because it requires pulling the hair from tautly-held skin.

In a professional environment, your hands would hold the skin taut for the esthetician as they work.

You only have two hands, so trying this at home may not provide the results you want (and it could possibly hurt more).

Should I Wax My Nipple Hair?

Electrolysis can be a great option if you’re dealing with excessive hair as it will thin out your body hair over time (similar to waxing) until it eventually stops growing.

A small wire is inserted into the follicle, conducting an electrical current that damages the follicle, resulting in hair removal.

Over time and after repeated treatments, this can result in permanent hair removal once the follicle is essentially “killed” and no longer produces hair.

Electrolysis is best done by a licensed professional to get the safest treatment possible, but it can be expensive and requires repeat visits to achieve permanent results.

Should I Get Electrolysis To Remove My Nipple Hair?

As another form of hair removal that’s best done by a professional, laser hair removal involves a beam of light that, like electrolysis, damages the follicle to remove the hair and slow its regrowth significantly.

In many cases, however, the results are not permanent.

Should I Get Laser Hair Removal For My Nipple Hair?

When To See A Doctor

When To See A Doctor

Nipple hair is usually nothing of concern but it is still good to be aware of any sudden changes in its color, thickness, or overall amount, which could signify an underlying health condition.

For example, it’s wise to seek medical attention from a doctor if you notice sudden increased hair growth on your chest, chin, or lip areas — also known as hirsutism.

This is a common symptom of polycystic ovary syndrome (PCOS), Cushing syndrome, or other hormonal imbalances.

When in doubt, visit your doctor to gain clarity and to determine the cause.

By doing so, you’ll know which treatment is best to pursue — should you need to start one.

Below are some of the most frequently asked questions about nipple hair.

Why Do I Have Hairy Nipples?

Your skin is home to more than 5 million follicles that are capable of producing hair — and that includes the skin on your nipples.

Believe it or not, hairy nipples are quite common and most of the time, they are not a health concern.

The length and variety of hair growth will vary based on your body’s genetics and hormones — which is different for each person.

Are Hairy Nipples A Sign of Polycystic Ovarian Syndrome (PCOS)?

Polycystic ovary syndrome (PCOS) is a condition whose root cause remains unknown, although it is associated with elevated androgen levels — hormones (like testosterone) that can lead to increased body hair growth.

According to the CDC, this condition is one of the most common causes of female infertility, affecting a range of 6% to 12% of women in the United States.

Do I Have To Remove Nipple Hair?

You really only need to remove excess hair if you feel that it impacts your self-confidence or self-image — even if it’s due to a medical reason.

If your nipple hair doesn’t bother you at all, let it grow.

If you’re annoyed by it or find it unsightly, remove it.

Ultimately, it’s your body and the choice is yours — there is no right or wrong answer.

Having hairy nipples might be embarrassing but rest assured, you are not alone if you have them.

There are plenty of options to choose from if you want to get rid of your nipple hair, but it’s perfectly okay to let it grow, too.

That said, if you think your nipple hair may be a symptom of a medical condition (especially if it’s appeared suddenly or you’ve noticed significant changes in its growth), see your doctor just to make sure there isn’t an underlying cause that requires intervention.

Otherwise, embrace the beautiful human being that you are — whether that means keeping your nipple hair, or not.

I have been a recreational therapist for 8 years at The Mount Sinai Hospital in the Department of Rehabilitation and Human Performance in...
More About the Author 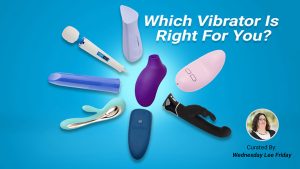 Got A Hairy Butt? Learn Why It’s Totally Normal + Get Expert Removal Tips

Can Lube Cause A UTI? (And Ones That Won’t)

Is Squirt Yellow Or Did I Just Pee?

What Is Nipple Banding, And Is It Harmful Or Dangerous?